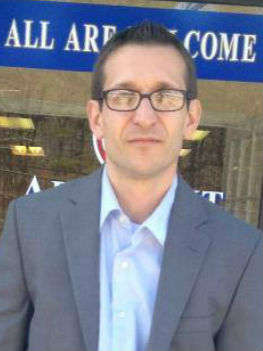 
Pastor Sean Theodore accepted Jesus Christ as his personal savior in 1999. A few years after his salvation, he was led by the Lord to attend bible school at VBI. It was at that time, when God revealed to him that was called to be a pastor in the New England area. He continued his biblical studies at Global University in 2004. The following year, he led an evangelistic ministry and was a deacon at his local church. He became an ordained minister in 2007, and was led by the Holy Spirit to plant Abundant Grace Church.

Sean Theodore has been the Pastor of Abundant Grace Church since it's inception in 2008. He currently shares messages on the radio every Saturday at 10 AM on 1320 AM and 92.1 FM WDER in Derry NH. He's been on the air for approximately 12 years. He also does daily devotionals on his own personal YouTube channel.

It has been, approximately, forty years since John accepted Jesus Christ into his life as his Lord and Saviour. Before coming to Abundant Grace Church, John attended other churches. One of the churches he attended was Milford Baptist Church, where he was involved with Vacation Bible School. Another church which John attended was Faith Christian Center. While at Faith Christian Center he was a member of the intercessory prayer group.

John holds a degree in Mechanical Engineering, where up until now he had worked for a major medical manufacturer for twenty years. John currently serves as an usher and deacon for Abundant Grace Church. His passion lies with being part of a James Ministry, which involves assisting with physical and financial needs of others. 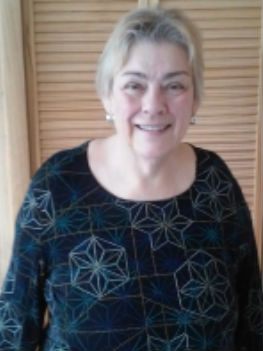 In 1977 Andrea became a Christian. Having been involved with several Christian churches in NH, she is now serving as a children's Sunday school teacher at Abundant Grace Church. Past church experience with children involved nursery and girl missionettes leader. She also taught adult Sunday school as a fill-in, board member, weekday prayer leader, church office and ladies ministry.

Attended two years of Global University and God's word is a priority in her life. She was married to a Christian man who together raised a Christian daughter. Today their daughter and her husband are raising a Christian son. They have shared the joy of having many family and friends come to know Jesus over the years. They also are volunteers for a Non-Profit organization where more people are coming to the Lord.